Winter is the busiest time of year for travel in America. This season has many popular destinations that are perfect to visit during these months when it’s cold outside.

The new Tripadvisor Winter Go Index indicates where Americans want to travel throughout the upcoming holiday and winter seasons. The last issue of the Tripadvisor Travel Index for 2021, based on first-party site data and a consumer sentiment poll, shows that more over half of Americans (55 percent) want to travel this winter. This number is higher than the 50% who traveled during the same season in 2020, but it is lower than the 63 percent who did so in 2019.

In the midst of the pandemic’s lingering uncertainty, 24% of Americans are still hesitant about their winter travel plans. About a third of people (30%) have already booked their vacations, while nearly three-quarters (74%) of those who haven’t are planning to do so in November or December. As a result, during the cold-weather season, there may be a surge in last-minute reservations, which has been a tendency throughout the epidemic.

According to the Winter Travel Index, the great majority of Americans (94 percent) plan to stay in the country this winter. More than one-third (37%) of these visitors will visit a place they’ve never been before, and 42% have scheduled a tour or activity, continuing the COVID-era trend of Americans experiencing more of their own country and seeking out new domestic experiences.

Where Do Winter Vacationers Go?

According to a new report conducted by Allianz Travel Insurance, New York City is the most popular winter destination in the United States, returning to the top for the first time since the epidemic began. NYC’s streets and buildings are decked up in holiday decorations and glittering holiday lights, department shops put up lavish window displays, and the Rockefeller Center Christmas Tree is decorated and illuminated, among other things.

In fact, the Big Apple was named both the most popular winter vacation and the location of the most-booked experience this year. The remainder of the top ten list is dominated by warm-weather and coastal towns, demonstrating that many individuals choose sunlight, surf, and sand to escape the winter cold.

3. The city of Las Vegas, Nevada

7. The city of Chicago, Illinois

With Santa hats on, a family spends their winter holiday in a warm-weather area. (Photo courtesy of iStock/Getty Images/amriphoto)

Tripadvisor saw a change away from beachside locations like Honolulu, Myrtle Beach, and Virginia Beach, which were trending in its Fall Travel Index, and toward bigger and more crowded cities. Other trends that vary from those reported in the autumn edition include an increase in American interest in going abroad, most likely as a result of the reopening of more international borders to U.S. passengers. Since the release of the Fall Travel Index, overseas locations have accounted for the majority of the fastest-growing destinations.

The 10 Fastest-Growing Travel Destinations in the United States

1. The city of Paris, France

Freeport, Maine (USA) is ranked number seven in the world.

The “best places to travel 2022” is a list of the most popular destinations among American travelers. The list includes cities such as Paris, Rome, and London. 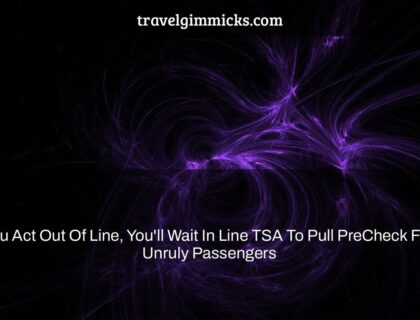 “If You Act Out Of Line, You’ll Wait In Line” TSA To Pull PreCheck From Unruly Passengers