American Airlines CEO Doug Parker says he does not recall ever seeing such a violent incident on board one of the company’s flights. The airline is “looking into” why this happened and expressed regret to its customers for what they’ve had to endure, but some passengers are still unsatisfied with American Airlines’ response.

American Airlines CEO Doug Parker says he will “tell the world” about what happened with a passenger who broke a crewmember’s nose on one of his company’s flights. The incident has led to widespread criticism of American Airlines and calls for boycotts.

The “spirit airlines ceo apology” is a statement from American Airlines CEO Doug Parker. He spoke out after a passenger broke the nose of a crewmember on a cross-country flight.

After a passenger broke a crewmember’s nose on a cross-country flight, American Airlines’ CEO speaks out.

Doug Parker, the CEO of American Airlines, turned to social media to discuss a customer assaulting a flight attendant on a New York JFK to Orange County aircraft. The traveler was detained and is no longer permitted to fly on American Airlines.

Criminal prosecution and penalties are the American answer to rowdy passengers. Anyone who attacks a crewmember (or another passenger) in the air should face severe criminal and civil repercussions.

However, these kind of instances seem to occur more often on American Airlines than on competing airlines, while they do occur on other airlines as well (perhaps the most famous viral video is of a Southwest flight attendant having their teeth knocked out by a passenger). The majority of events that are reported publicly, and definitely a majority of those that appear on social media, occur in the United States.

While most customers and flights don’t encounter these kinds of outlier behavior, and none of these characteristics explain the relative difference between American and other airlines on its own, it seems to be the result of a mix of factors.

To be clear, the incident on the New York JFK – Orange County aircraft occurred because one passenger behaved badly. It wasn’t the fault of the flight attendant, and it wasn’t even the fault of a crowded airplane with no seatback entertainment (it was a legacy American Airlines Airbus A321T). My question isn’t about this instance; it’s about why situations like this appear to occur more often with American than with other carriers on average.

We can – and should – penalize bad actors, but there seems to be a confluence of elements that force Americans to deal with this problem more than others. Apart from advocating for penalties, American’s strategy has mostly consisted of pressing airports to stop allowing vendors to sell alcohol to passengers. It’s always struck me as odd that places do this, but it doesn’t seem to be a component that causes Americans to have more troubles than others.

The “spirit meltdown” is a term that refers to the act of breaking someone’s nose on a cross-country flight. This happened recently when an American Airlines passenger broke the nose of one of their crew members. American Airlines CEO Doug Parker spoke out about this incident and says he doesn’t think it was a terrorist attack.

How to Travel from Houston to Galveston, TX Port 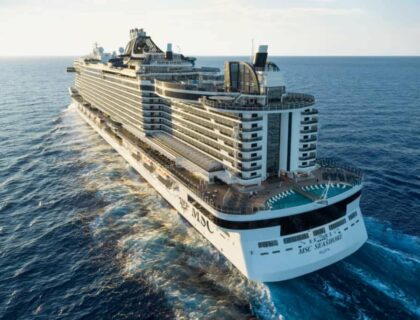 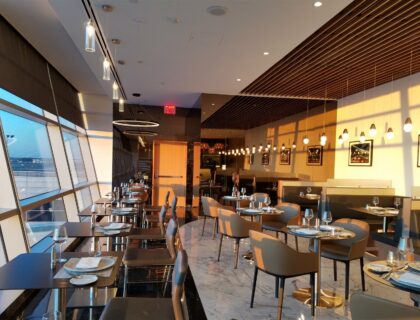