The Norwegian Cruise Line has announced that it will be making 40 sailings available at the lowest rates yet. The company is also offering 70% off deals for cruises departing from January through March 2018 and promises to release additional discounts in the coming months. For those interested, take a look at their offerings now before prices go up!

Norwegian is a cruise line that offers more sailings and 70% off deals. The company has been in the business for over 25 years with great reviews from their passengers. Read more in detail here: norwegian encore.

The “The Best Offer Ever” from Norwegian Cruise Line includes a 70% reduction on the second guest’s cost in a stateroom and seven complimentary freebies worth up to $4,250. Additionally, the business has started reservations for sailings from La Romana, Dominican Republic, to Sendai, Japan, and Dutch Harbor, Alaska, until summer 2024.

On November 16, 2021, the cruise line’s “Greatest Deal Ever” will begin. Guests will also enjoy seven incentives in addition to the 70% reduction on the second passenger’s fare:

This discount is valid on all departures, itineraries, and dates from 2021 to 2024, including the freshly issued itineraries.

The Spirit of Norway (Norwegian Cruise Line provided this image.)

There are 35 departure ports on the newly launched itineraries, including two new-to-the-brand homeports: Haifa, Israel, and La Romana, Dominican Republic.

The following are some of the highlights of the new cruises:

Norwegian Spirit will offer her “Fire and Ice” cruises, an open-jaw sailing to and from Honolulu and Vancouver, visiting the Hawaiian islands and lovely communities of Alaska, on April 22, 2024 and September 25, 2024.

The Mediterranean and the Greek Islands

During her 14-day Grand Mediterranean cruise leaving on December 22, 2024, Norwegian Epic will make her debut at Trieste (Venice), Italy and Koper, Slovenia, encouraging guests to see Europe’s famed Christmas markets in each port.

There will be no sea days on the itinerary, and it will include overnights in Dubrovnik, Croatia, on Christmas Eve, and Barcelona and Palma de Mallorca, Spain, to ring in the new year.

Between April and October 2024, Escape will offer five 10- to 11-day Grand Mediterranean sailings, during which passengers will spend more than 105 hours touring ports in Croatia, France, Greece, Italy, Malta, and Spain.

The ship will stop at Ibiza, Spain, on April 24, 2024, with a late midnight departure. Palma de Mallorca will be the ship’s first port of call.

Starting on May 26, 2024, Norwegian Escape will provide a series of seven-day roundtrip trips from Barcelona, with no sea days and stops in six cities: Cannes, France; Livorno, Rome, Naples, and Cagliari, Italy; and Palma de Mallorca, Spain.

From May 26, 2024, through October 27, 2024, Pearl will sail a series of seven-day roundtrip voyages from Trieste (Venice), Italy, stopping at two ancient walled towns: Kotor, Montenegro, and Dubrovnik, Croatia. There will be late-night departures from Santorini, Greece, on the cruises.

Joy in Norway will provide seven and eight-day open-jaw sailings between New York City and Quebec City from September 2 to 25, 2024.

On November 25, 2023, Norwegian Joy will embark on an 11-day open-jaw cruise from Miami to Panama City, with passengers spending over eight hours in each port and a 13-hour stop at Willemstad, Curaçao.

The ship will also depart Miami on January 6, 2024, and Los Angeles on January 26, 2024, for two 15-day Panama Canal open-jaw voyages, including an overnight stop in Panama City.

MORE: The Best Cruise Lines for 2022, According to U.S. News

Several Norwegian Cruise Line ships will cruise the Caribbean, with three of them stopping at Grand Turk for the first time.

A Trip to Norway

Getaway will make her Grand Turk debut on December 21, 2023, on a 12-day holiday cruise from New York City. Christmas Day will be spent in San Juan, Puerto Rico, for passengers on the voyage.

Joy will make her Grand Turk debut in August 2024 on a summer journey from New York City.

On October 16, 2023, the ship will make her premiere at Philipsburg, St. Maarten, and Kralendijk, Bonaire, as part of a 12-day southern Caribbean voyage from New York City to Miami.

On November 26, 2023, Jade will set sail from Tampa, Florida on a 14-day southern Caribbean cruise that will take her to Puerto Plata, Dominican Republic, Grand Turk, Turks and Caicos, and St. George’s, Grenada.

From April 9, 2024 through October 11, 2024, Norwegian Joy will make four, five, and seven-day roundtrip sailings from New York City to Bermuda. The seven-day voyages will stop at the Royal Naval Dockyard for up to 55 hours.

Norwegian Cruise Company is the only cruise line that offers three days in Bermuda at the moment.

On May 13, 2024, Norwegian Getaway will offer a nine-day roundtrip journey from Copenhagen. Guests will travel to seven nations in nine days on this itinerary: Belgium, Denmark, France, Germany, the Netherlands, Norway, and the United Kingdom.

Every port will be visited for at least nine hours, including 14 hours in Paris and 15 hours in Berlin.

READ NEXT: Richard Fain, CEO of Royal Caribbean, is stepping down.

How to Travel from Houston to Galveston, TX Port 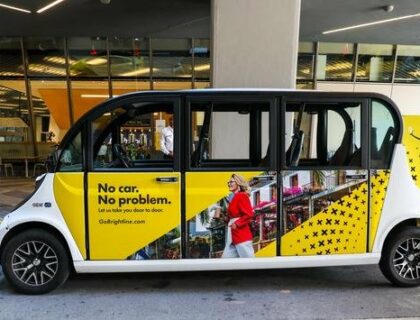