Disney’s latest venture, “Disney Uncharted Adventure” is a series of interactive experiences that allow guests to explore the world of their favorite Disney movies and characters.

Disney Uncharted Adventure is a multidimensional journey into the realms of Disney and Pixar characters that combines technology and creativity. The experience will offer a new way to explore the Disney ship, designed for families to play together.

Davey Feder, software product manager at Walt Disney Imagineering, stated, “With the Disney Wish, we have a tremendous potential to immerse our visitors in the worlds of their favorite tales in unexpected, engaging, and totally distinct new ways.” “With Disney Uncharted Adventure, we’re giving our guests the ability to become the protagonists of a great adventure that can only be experienced on a Disney cruise.”

Guests on Disney Wish may use the Play Disney Parks app to turn their mobile devices into a magical spyglass, allowing them to go to the realms of Moana, Tiana, Peter Pan, Nemo, and more. The spyglass will unlock adventures, solve riddles, accomplish objectives, and eventually save the day.

“While visitors will need a mobile device to participate, this is not a typical mobile gaming experience,” Feder said. “This is a hands-on, interactive game that can be enjoyed with family and friends. The ship will be surrounded by enchantment. The spyglass isn’t where the adventure happens; it’s simply a tool for bringing the ship to life by creating gateways to other planets and enabling visitors to interact with them.”

Before even boarding the ship, the experience will begin. The app will unveil a special welcome from Captain Minnie Mouse and Mickey Mouse in the days leading up to the cruise, who will assist passengers prepare for the trip ahead.

Passengers will utilize their spyglass while on board to see views of the sky above them, where enchanted constellations assume the form of Disney and Pixar characters. When the wishing star explodes and shatters, its fragments will disperse throughout the sky and each settle in a distant world. As visitors cruise the ship in search of the missing parts of the wishing star, Captain Minnie will assist them.

Players will be encouraged to locate artwork, signs, and objects that magically change to bring the characters and settings of the narrative worlds to life in each mission, which will lead them on a trip across Disney Wish.

“We’re combining new technologies, such as augmented reality and physical effects, with the Disney Wish to create a secret layer of enchantment that can only be discovered with Disney Uncharted Adventure,” Feder added. “Today, guests may be admiring a lovely artwork without understanding that underneath the surface, a horde of mischievous Kakamora from the land of Moana is ready to emerge and wreck havoc on the ship. In the afternoon, a digital menu board may indicate what’s for lunch, but it’ll later hold a cooking class in Tiana’s own kitchen.”

Guests will join the people that inhabit each location on a quest to locate the star pieces that have landed there along the route. Among the highlights are:

The journey will come to a close with a spectacular finale held at one of the ship’s entertainment areas. Guests will join forces with other gamers to fight an iconic Disney villain and return the wishing star to its rightful position in the sky during the live event.

Flexibility, replayability, and personalization are all factors in the development of Disney Uncharted Adventure. Passengers will have the option of playing when and how they wish. Some visitors may not finish all of the quests but still enjoy the conclusion; others may opt to play several times and find fresh surprises and prizes each time.

Families may play together on up to six devices at once, or work together on just one or two.

At a later date, further information regarding Disney Uncharted Adventure will be released.

The Disney Wish will make its debut in June 2022, with three and four-night cruises departing from Port Canaveral, Florida. 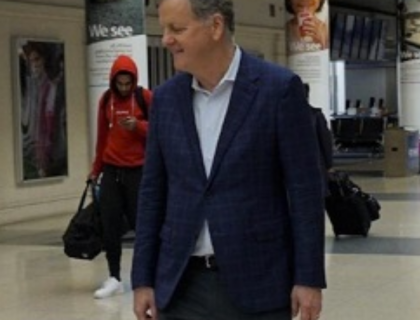 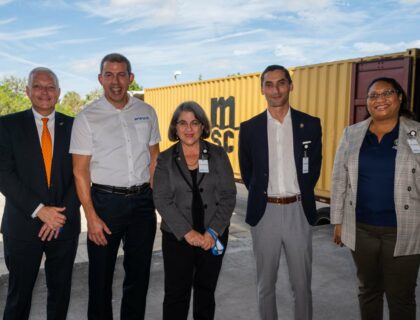