The Centers for Disease Control and Prevention (CDC) is still finalizing the details of a new strategy that would allow travelers to receive an international vaccine travel document.

Dr. Anthony Fauci said today that, among other measures under discussion, the federal government may require vaccination passports for domestic aviation travel inside the United States.

When asked whether the COVID-19 task group was still considering a vaccination requirement for domestic flyers, Fauci replied, “The team has a lot of options on the table, nothing has been removed off the table.” That choice has yet to be made.”

When asked about the Biden administration’s stance on requiring vaccinations for domestic air travel, Jeff Zients, the White House’s coronavirus response coordinator, said on September 10: “I think we have a very strong track record that shows we’re pulling available levers to acquire vaccinations and we’re not taking any measures off the table.”

In terms of requiring vaccines for incoming international visitors, however, everyone seems to be on board. Last Wednesday, a senior White House official said that the government is working on a “new system for international travel,” which would replace the United States’ existing blanket ban on visitors from several countries.

Reuters stated that the plan would likely include both vaccine mandates and mandatory pre-travel testing, as well as a complete new contact-tracing system developed in collaboration with the Centers for Disease Control and Prevention, based on Zients’ remarks (CDC).

“Nothing has been taken off the table,” says Dr. Fauci. pic.twitter.com/QjwUlE1c4R

Existing international travel restrictions will not be eased while the Delta variant-driven fourth COVID-19 spike persists since the new system would imply removing present catch-all prohibitions on passengers from specific countries.

Separately, Fauci said last week that he would personally favor the establishment of a domestic vaccination passport scheme. According to Newsweek, Fauci stated in a September 12 interview that “if you want to go on a plane and travel with other people, you should get vaccinated.”

The US Travel Association quickly slammed Fauci’s position, claiming that current preventative measures in use by airlines and airports, such as mask-wearing, offer enough protection against COVID-19, even in the face of Delta and other possible variations of concern.

After the damage the epidemic wreaked on the business last year, it’s no wonder that travel industry stakeholders would collectively refuse to endorse any legislation that threatens to reduce consumer demand.

The vaccine passports europe is a new proposal that the COVID-19 Task Force has not ruled out yet. It would allow US citizens to receive vaccines abroad without having to pay for them themselves. 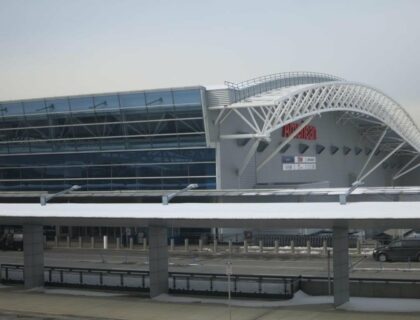